We construct cubic induced subgraphs of the 3-dimensional grid with no cycles of length 4 or 6, and with some 8-cycles
that only appear in disjoint pairs. Currently, no corresponding examples with all 8-cycles being disjoint are known, while the
problem with no 8-cycles at all has been proven to have exactly four solutions up to isometry (cf. the main Grid subgraphs page).

The idea is to replace a "layer" (i.e., the vertices with a fixed z-value) of G4 by two new layers. Four consecutive
layers are thus shown in the figure. (Note that the first and the last have been shifted in the xy-plane relative
to each other, not only in z-direction.) The red vertices form an example of a pair of 8-cycles. 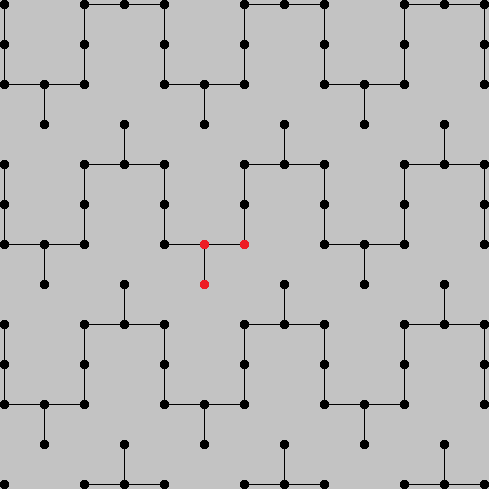 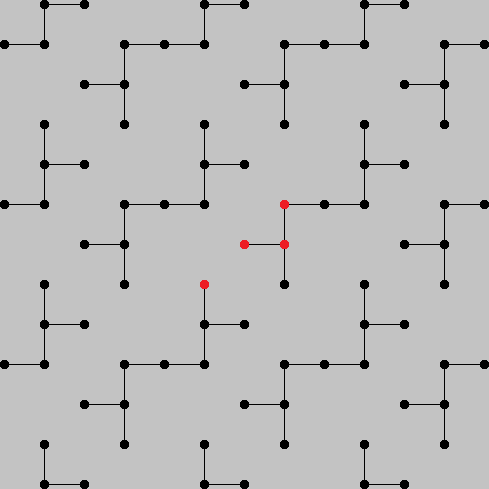 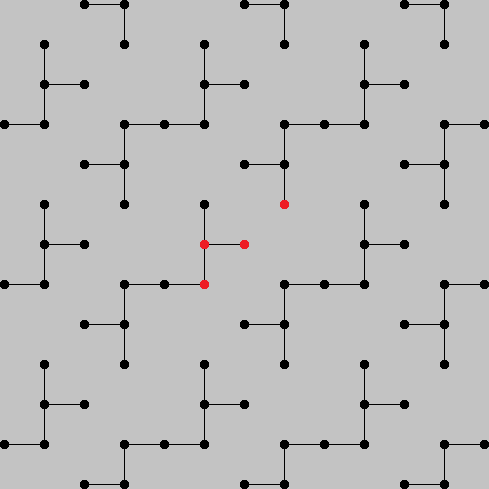 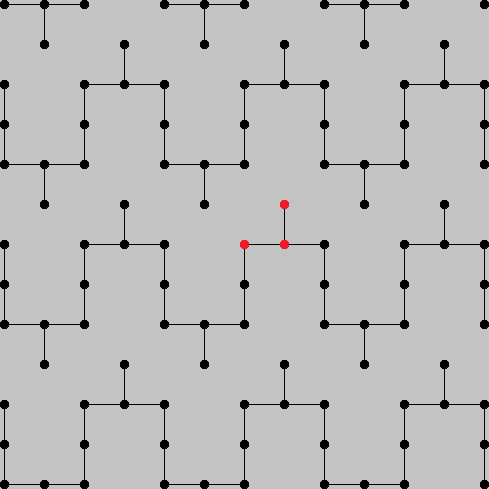 3D illustration, with the 8-cycle pairs marked in green: 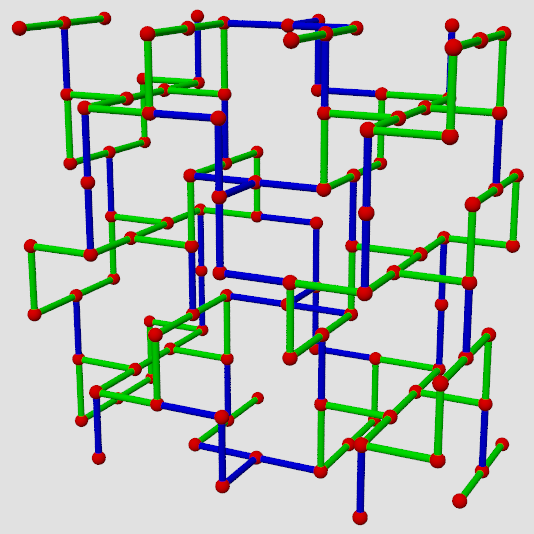